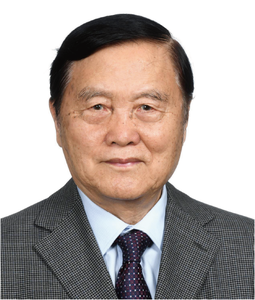 Academician of the Chinese Academy of Sciences and IEEE Fellow. He is currently Honorary Dean and Doctoral Supervisor of CEPRI, and Editor-in-Chief of CSEE Journal of Power and Energy Systems. And he has long been engaged in research on mathematical models and methods of power system analysis. Zhou graduated from Tsinghua University in 1965. He has served as the Director and Chief Engineer of the System Research Institute of CEPRI, and Director of the Department of Engineering and Materials Sciences of the National Natural Science Foundation of China.

In 1973, in response to the construction of China’s first 330 kV ultra-high voltage transmission line and the analysis of the oscillation accident of the inter-provincial transmission system, Zhou pioneered the research of mathematical models and calculation methods for the applications of computer in power systems, developedthe application of power flow and stability calculation program, and was then awarded the prize of National Science Conference in 1978. In 1981, he independently developed the large-scale Power System Analysis Software Package (PSASP), proposed user-defined modeling, complex fault mathematical modeling, and DC transmission system modeling methods, which were widely used in the national power system, and won the first prize of the first National Science and Technology Progress Award in 1985. In 1996, he undertook the FACTS technology research of ultra-high voltage transmission controllable series compensation and used it for the first time in 220 kV and 500 kV controllable series compensation projects, and won the first prize of National Science and Technology Progress Award in 2008. He also won the IEEE PES Nari Hingorani FACTS Award in the same year. In the early twentieth century, he presided over the research and development of an all-digital real-time simulation system of power systems. He proposed to use advanced cluster and parallel computing methods to develop an advanced digital power system simulator (ADPSS), which has been promoted and applied at home and abroad. In 2009, he won the first prize in the National Science and Technology Progress Award. And at the same year, he won the Science and Technology Progress Award from Ho Leung Ho Lee Foundation. From 2012 to 2019, the concepts, development models, and key technologies of the three generations of power grids and the new generation of power systems have been proposed, providing advice for China to form medium - and long-term goals and policies in energy and power development.

Zhou has published more than 160 academic papers and edited 7 scientific and technological books. In 1981, he participated in the compilation of the book Power System Calculation ,which won the first prize in the National Excellent Science and Technology Book Award.